This is probably the most well known Romanian attraction, due to the legend of Dracula. It’s a Mediaeval fortress that was build on the trade route of Rucar-Bran, on the spot of a much older defensive point on the border. It’s the only castle in Romania that resembles the description in Bram Stoker’s book; but actually it has little to do with the famous Romanian voivode Vlad Tepes, known as Dracula.

No. 2 – Peles Castle – The residence of the first Romanian King

This castle was built by King Carol the First and the construction took around 41 years. It’s an architectural wonder with many stories and controversies; the most spectacular parts of it are the collections of furniture, paintings and books, and, also, of course, the armoury.

The entire Domain is spectacular, Peles Castle, with his little brother Pelisor are part of a bigger picture, the Sinaia City complex.

No. 3 – The Palace of the Parliament – The People’s House

Contrary to the name, it wasn’t for all the people, but only for the ones that served the Communist Party. It is the largest and heaviest civilian building in the world and it was built in the totalitarian kitsch architectural style. The only building surpassing its dimension is the US Pentagon.

Even with the great power of the Communist Party, it took 13 years to finish; a mammoth construction built for the ambition of the people that were more equal than others. (Orwell – Animal farm). The place is heavily decorated and can be visited partially, because it is still used as an administrative building.

No. 4 – Corvin Castle – The Legend of the raven

In Romanian folklore the Raven is one of the most intelligent beings of earth, even gods seek its counsel. So, of course, there is a legend connected to the name and seal of Corvinus. A love story and the link to one of the most prominent Mediaeval names in the region – Sigismund of Luxembourg.

Coming back to the castle, it was an administrative and military strong point, with a mix of inhabitants. Magyar, Teuton, German, Serbian and French influences ca be observed in the architecture and the paintings.

No. 5 – The Danube Delta – A marshland paradise

The Danube Delta became an UNESCO heritage site in 1991 and no wonder it was included – it is the third largest biodiverse ecosystem in the world, after the Great Barrier Reef and the Amazonian Jungle.

There are marshes, wetlands, islands, lakes and the Danube kissing the Back Sea – this is one of the places that have a specific energy and rhythm. It’s a place of wonder where the new is mixed with the old, with almost ancient ways of living. During late spring the place is swarming with migratory birds and blooming flora. And so, everything comes to life.

This is a place with many touristic attractions, with many stories.

No. 6 – The Great Square of Sibiu – A beating heart of a city 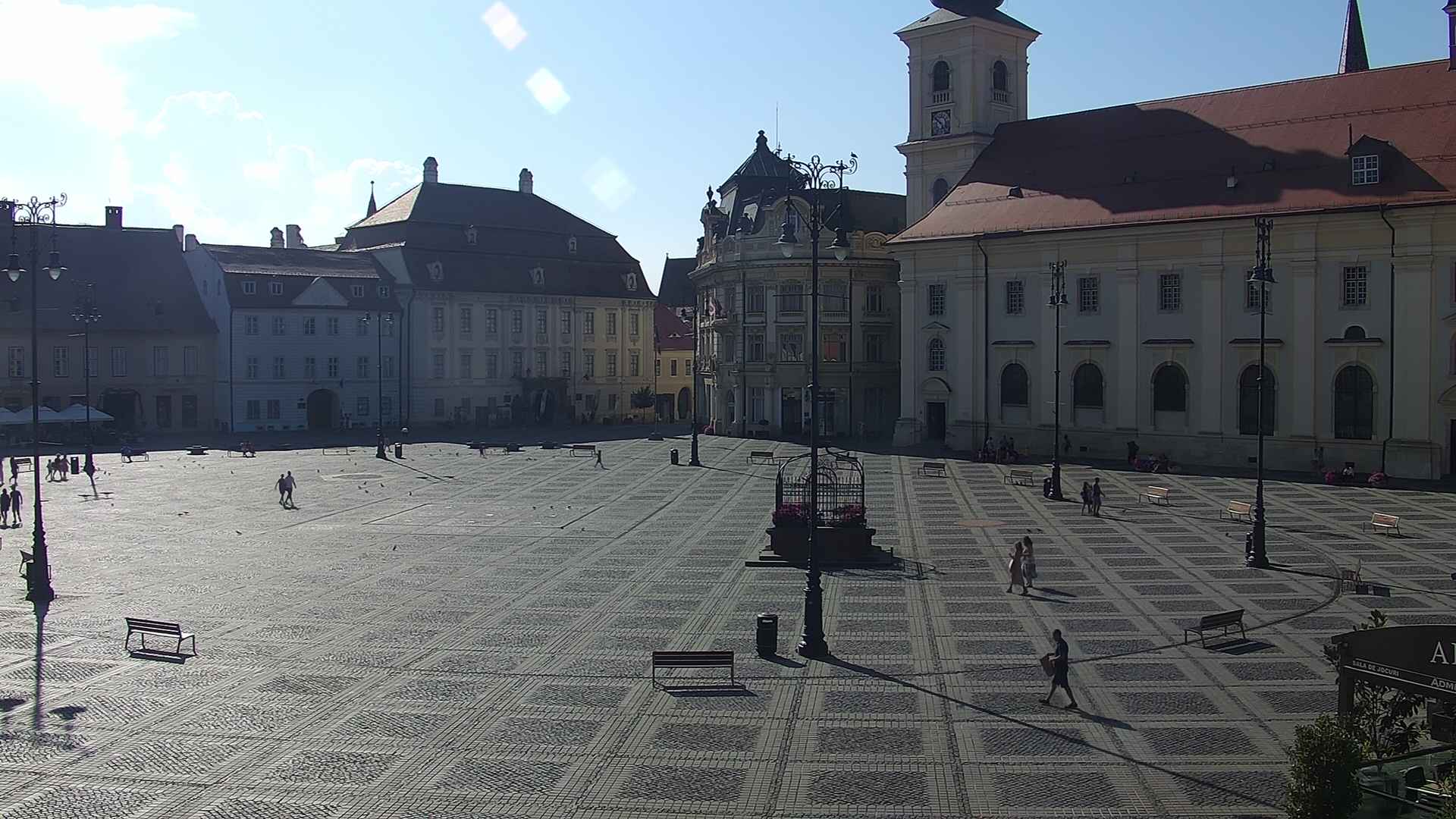 Sibiu is a city born out of trade and crafts. The German (Saxon) community settled this land around the end of the 12th century and brought with them the city planning. The city has multiple squares, but the Great one was the place where the assemblies, the meetings and even executions were held.

The Square is also a UNESCO heritage site due to its many old buildings (Brukenthal Palace, the Roman-Catholic Church, The Council Tower and many trader or guild houses). Also, the Square is the central starting point for visiting Sibiu, 2007’s European Cultural Capital.

No. 7 – Transfagarasan – The road over the Carpathians

The highest part of the road is 2042 meters. Although it was planned as a military road, today’s usage is mostly for tourism or sport. In the building of the road, many lost their lives, according to the official data, around 40, but the unofficial says hundreds.

The Transfagarasan road can be accessed only 6 month a year, the rest is block due to heavy snow and avalanche risk. In 2009 it was named by TopGear the best road in the world. But a similar name can be found in the urban myths of the communism – the place to really test the reliability of a car.

No. 8 – Alba Iulia Fortress – A bridge over time

The story starts in the first century AD; after the great war between the Dacians and the Romans. At the end of the war the Roman built a Castrum in Apulum, modern day Alba Iulia. Turn the clock forward, a millennia later, the first king of the land, Gelu, was baptised and built a citadel and an Orthodox Church.

The first unification of the Romanian provinces is linked to this beautiful city; Michael the Brave entered triumphantly into the city, one year before the unification.